An insight in the everyday life

I want you to get a better insight into the everyday life at the orphanage NABI, so therefore I will update with some different parts of a typical day now and then. I hope you will get a better understanding for the life in Ghana and the lives of the children at NABI and hopefully feel that you get a little bit closer to the children. The first part is about the morning with the mandatory water fetching.

Each morning begins with seaching for buckets to take to the well. Sometimes the search for the buckets can take quite a long time since the buckets have a mysteriously way of disappearing. You also have to find the right size; the oldest boys are carrying the biggest buckets and then the size reduces with the age. It always looks incredibly easy when Ghanianer balance these large heavy buckets full of water on their heads; usually they look totally unconcerned even if they may be carry many kilos.

The fetching of water begins various early in the morning depending on the water availability. During the rainy season the children only have to fetch drinking water, since the rainwater is collected in large containers and can be used for cleaning, washing, showering and cooking. The problem that often occurs during the rainy season is that the water in the wells becomes very dirty; the heavy rain brings down the sand and clay from the ground around it, resulting in brown muddy water. In the dry season you have to fetch water a lot more often and in larger amounts. At the beginning of the dry season there is usually a good amount with water and then the water fetching starts around six in the morning but the further into the dry season it goes the earlier the children have to go up to fetch water. During the worst dry period they may have to go up around four, half past four in the morning to be sure to get drinking water.

Fetching water is not only a practical needed work, it´s also a big part of the culture and an important part in the social life in Ghana. When you walk together down to the well to fetch water in the morning you wake up together and you talk about all kinds of things along the way. Once at the well or the water hole you always meet neighbors and others from the village, you help each other with the buckets and chat. It’s usually the children and the mother in the family who fetch water. The women in Ghana are often unbelievable strong and can carry incredible pounds of water on their heads for long distances in difficult grounds.

In the beginning I found it quite hard to get up early in the morning to carry heavy buckets of water back and forth between the orphanage and water holes. But after a while I got use to it and it became a natural part of my everyday life that I actually came to like, it became a good way to wake up and get started. After a few months at the orphanage it wasn’t even something I thought about, it was just obvious: you need water, you simply have to go and get it.

The film on the top is recorded from the water hole nearest to the orphanage where the younger boys are fetching water one morning and apparently are discussing something very important. In the film, we see Eric, Yaw Shem, Enoch Kofi Annor, Kwami Gyan David and Shedrech. You see how Shedrech sweeps the small catching buckets a few times over the water to remove branches and debris from the surface before he fills the bucket with water. 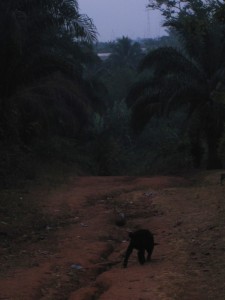 The road down to the water hole 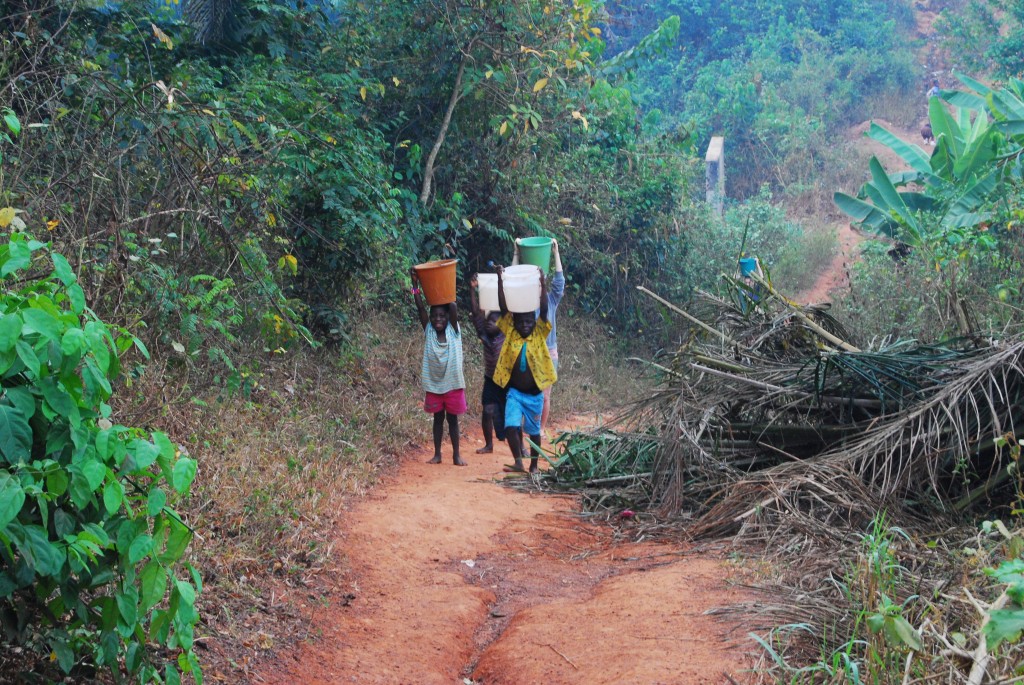 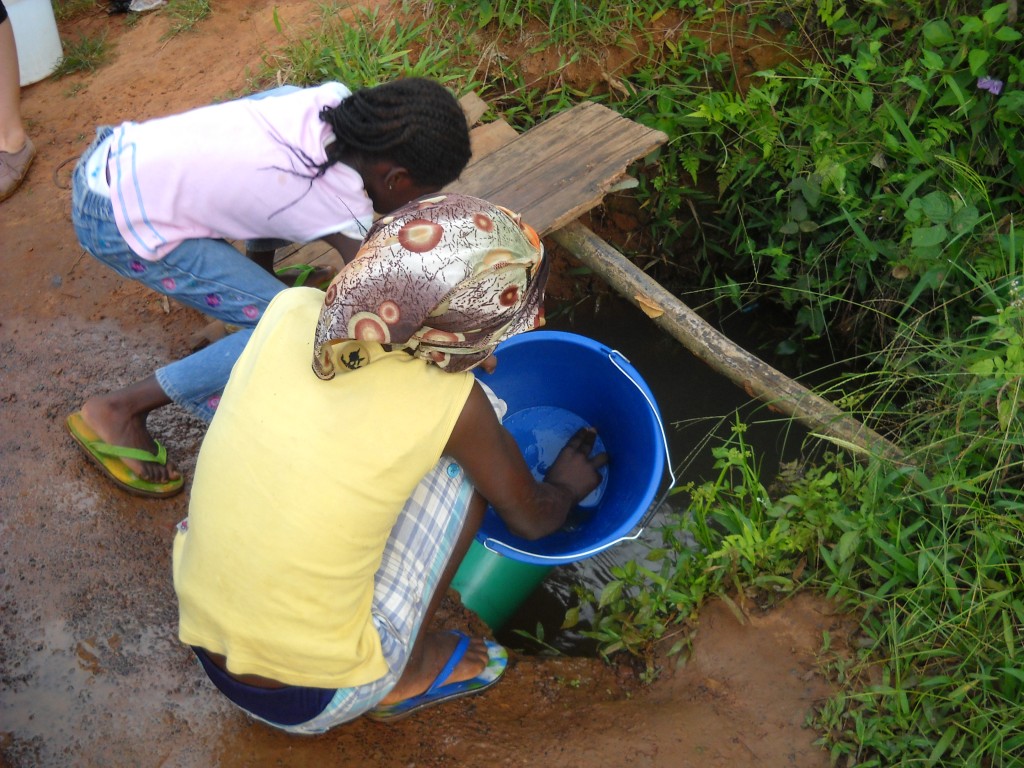 Rita and Angela are cleaning the buckets before filling them